Limited editions of extra virgin olive oils from the South of France, from small producers.

The limited editions of La Compagnie de l’Huile d’Olive concern olive oils from France that have been produced in very confidential quantities and whose quality is exceptional. The olives have been rigorously selected and pressed by master millers rooted in tradition. Due to late flowering and difficult weather conditions in the autumn of 2018, the quantities of olives harvested of certain varieties have been derisory in France. Therefore, no packaging effect on the limited editions offered on the La Compagnie de l’Huile d’Olive website. Simply real extra virgin olive oils produced in France and in very limited quantities.

The production of La Belgentiéroise extra virgin olive oil was particularly confidential this year with barely 200 litres! The situation is also critical for the extra virgin olive oil with its subtle taste. The olives are harvested in the Var, on small plots of olive trees in the village of Belgentier in the Gapeau Valley. Olive growing is very old in Belgentier. It supported many families in the past. The olive groves are in restanques, on the hillsides. Some of the trees are several hundred years old and have been shaped by the winds and the heat of the Var summers. The harvesters are now very small producers and private individuals attached to their olive trees and to the Provencal traditions of carrying the olives to the oil mill when they are ripe.

At the mill of Belgentier, Florent could only note the weakness of this year’s production with a catastrophic yield. And yet, his know-how as a mill operator has enabled him to produce an extra virgin olive oil of exceptional typicity. Its green colour with a dense body reveals a sweet olive oil without ardour characterized by the taste of candied olives and aromas of almond. Lovers of traditional and old-fashioned French grand cru olive oil will be delighted. 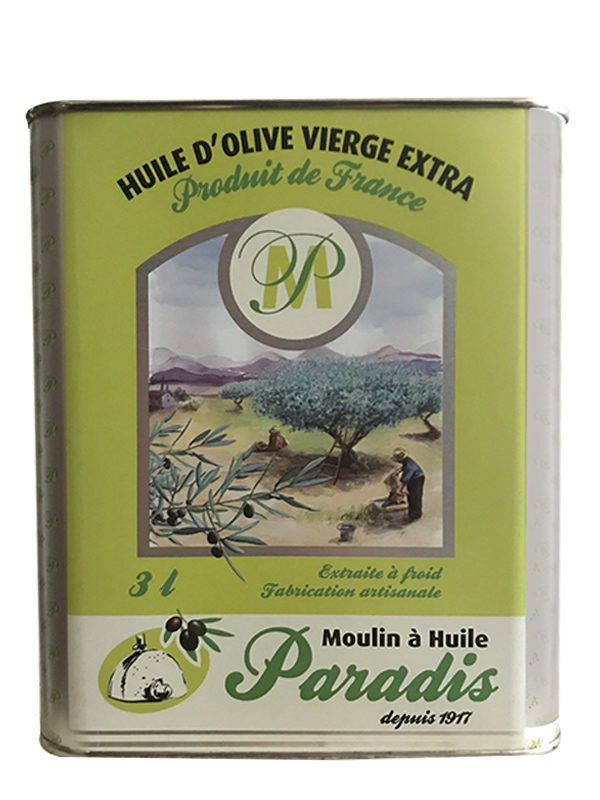 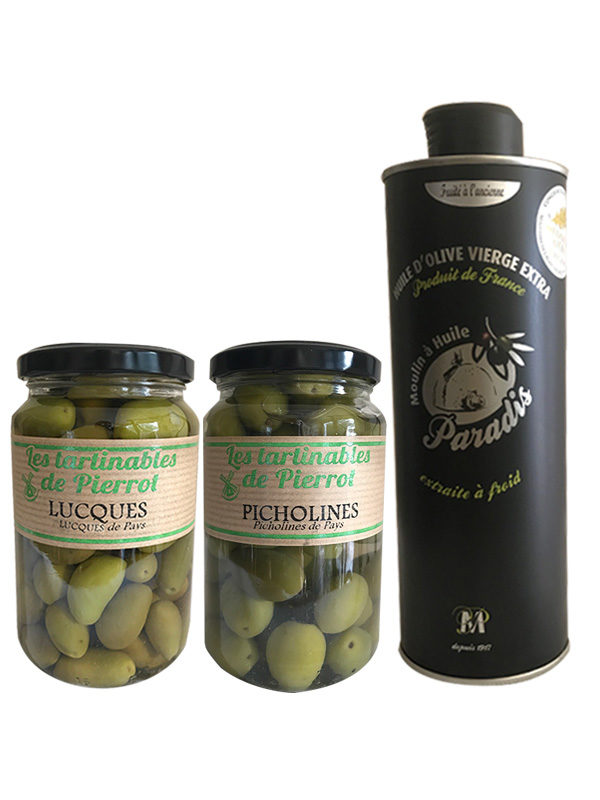 The limited edition of Moulin Paradis, the extra virgin olive oil made by craftsmen

This extra virgin olive oil from the Gard region with its old-fashioned taste is very fruity with a pronounced black olive taste. A sweet olive oil without a pleasant bitterness in the mouth! Its artisanal manufacture is characteristic of traditional Provencal oils. This olive oil was awarded the gold medal at the Concours Général Agricole of Paris in 2017, which attests to its unquestionable quality. It should be noted that the Paradis mill is regularly rewarded for its work by obtaining a medal at this competition since 1998.

But the harvest of this year 2018-2019, in ripe olives was very low due to the low level of sunshine during the autumn. For four generations, the Paradis family has been perpetuating the tradition of milling in Martignargue, a small medieval village in the Gard. Christophe is also a passionate and experienced olive grower who carefully cultivates his olive trees near Uzès. The blending of several varieties of ripe olives (Picholine, Négrette, Bouteillan, Aglandau) allows Christophe to produce an exceptional extra virgin olive oil from the Gard, with the old-fashioned fruitiness. To discover absolutely and quickly!